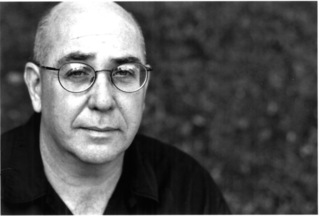 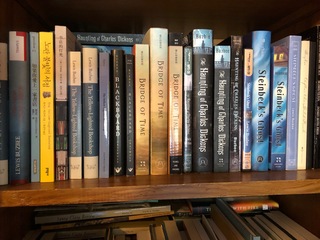 I'm a fourth generation California immigrant who began writing in 1972, at the unripe age of 15, after reading the first chapter of John Steinbeck's The Grapes of Wrath. I sold my first two short stories in 1979 and have been published, and unpublished, since. For ten years I was a bookseller, at indie bookshops in the SF Bay Area, and then for another 10 years worked in publishing, most of that time with Chronicle Books.  I've also been a dishwasher, a caterer, a bartender, and a teacher of writing. I live a hawk's swoop from Golden Gate Park in San Francisco, with my wife, the poet Julie Bruck, where we wait for texts and visits from our beloved spawn who studies art and makes music on the far side of the continent.

My books for adults include The Yellow-Lighted Bookshop, Blackboard: A Personal History of the Classroom, Fliegelman's Desire, After the Gold Rush, and First to Leave Before the Sun.

My poems, essays, and stories have appeared in Harper's, GQ, New York Times Books Review, Paris Review, Best American Poetry, San Francisco Chronicle, and scores of other magazines and journals.  My interviews with Raymond Carver have been widely anthologized and translated into 9 languages, and my one-hit wonder poem "Sunday, Tarzan in His Hammock"  has over 200,000 copies in print (click the Tarzan link on this page).  Perhaps the pinnacle of my writing career is a letter recently published in MAD Magazine.

I am represented by Allison Remcheck at Stimola Literary Studio.  Member of The Authors Guild, since 1990, and PEN America.